Open your eyes - pupils against Trafficking in Human Beings

The project “Open your eyes – pupils against human trafficking” is entirely devoted to fight against human traffickingin a precautionary manner.Recognition of the problem is the key to its prevention, therefore our projectfocuses on raising awareness on the issue among public and especially children and youth. By performing lectures in primary schools, we would present the issue of human trafficking in all its forms to the most vulnerable groups of people – the youth and children - and inform them about the ways of recruitment and trafficking of children and youth, safety measures and forms of self-protection. The project will directly involve about 2000 children of seven, eight and nine grade of primary school in Slovenia. Project performers will implemented during the project over 60 workshops.

The project would also have an impact on broader public. With different project activities (roundtable, brochure,..), we would encourage public debate and strengthen the awareness of the public about the issues of human trafficking. Reaching wider public would be ensured also with active media promotion of the project.In the project will be actively involved several media. At the end of the project we would organize s journalistic conference on which we would present the project`s results, effects and impact.

The project has a preventative and awareness raising function. The primary goal of the project is to educate primary school students across Slovenia about human trafficking, especially women, how to recognize the risk and to inform them about protective measures. In addition to children, we will actively raising awareness about human trafficking among general public through different project activities, web, social networks and media.

Goals of the project:

Important role in the evaluation of the project will have the users. Workshops performers on elementary schools will give to the users - pupils a brief questionnaire, from which it will be possible to figure out the effectiveness and efficiency of the project. We would perform aninternal evaluation, where every workshop performer would write a short estimation about the quality, efficiency, effectiveness and visibility of the project based on obtained answers to our questionnaire. On the basis of those evaluation, one final evaluation would be made, that would be added to the final report.

The time framework of the activities is below: 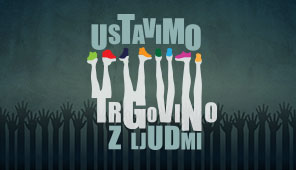 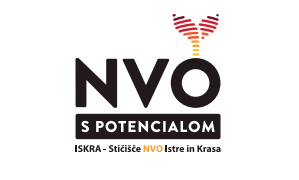